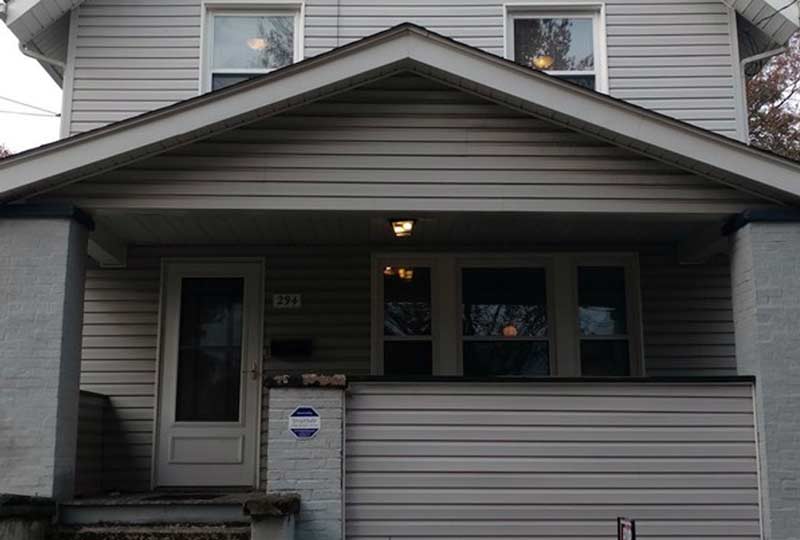 AKRON, Ohio — The Well Community Development Corp. has launched a campaign to put home ownership back into the hands of residents in Akron’s Middlebury neighborhood, while improving the local rental market.

Located in what was once Akron’s First Presbyterian church on East Market Street, the Well has three main priorities: reinvesting in Middlebury’s housing stock, bringing jobs to the neighborhood and creating a neighborhood identity.

Under the newly launched 60 for 60 campaign, the Well will buy 60 properties – both blighted and move-in ready – over the next 60 months. The program will be managed by the Well Housing Director Reuben Auck, who holds a construction engineering technology degree from the University of Akron. The properties will be renovated and either rented or sold at market rates to Middlebury residents.

The first property purchased under the campaign, a large, six-bedroom home on Black Street, is the first of 12 houses the Well will purchase to use as rentals, said Well Executive Director Zac Kohl.

Owned and managed by the Well, the rental properties will generate income that will provide a strong foundation for purchasing the next 48 properties for renovation.

But this is not about flipping houses.

“We don’t just want to create home ownership. We want a healthy rental market,” Kohl said. “It’s a great opportunity for us to keep [houses] out of the hands of potentially a slum landlord.”

Middlebury has the highest number of unoccupied homes in Akron, at about 32 percent. Kohl expects to pay below market rates for deteriorating properties and invest  up to $40,000 to bring them back to a healthy level.

Renovating 60 out of the neighborhood’s roughly 2,700 properties is expected to have a positive impact on the entire neighborhood, he said.

With Auck’s construction skills, the initiative is also hoped to morph into a job-skills program that could eventually help Middlebury residents train for construction jobs, while renovating the housing stock.

The Well will not displace homeowners behind on their mortgages or people living in subpar rental housing. In fact, Kohl said the group will work to assist both residents and landlords, to improve overall living conditions.

“There’s a huge amount of people living in subpar rental situations,” he said. “But if we can be a healthy landlord in the community that will be a big piece of it.

Other projects are dovetailing with the work of the Well to strengthen the Middlebury neighborhood.

The East Akron Neighborhood Development Corp. is developing Middlebury Commons, an income-based housing development for seniors. Opening in 2019, the apartment complex will feature one- and two-bedroom apartments, a health clinic and retail on the ground floor, which could include a restaurant, and a beauty salon or barber shop.

Additionally, Middlebury’s century-old fire station is one of two that will soon be replaced by the city through the .25 percent increase in city income tax approved by Akron voters last November.

**This article was written by Jennifer Conn, Akron reporter, cleveland.com and featured at: https://www.cleveland.com/akron/index.ssf/2018/01/the_wells_60_for_60_campaign_s.html**