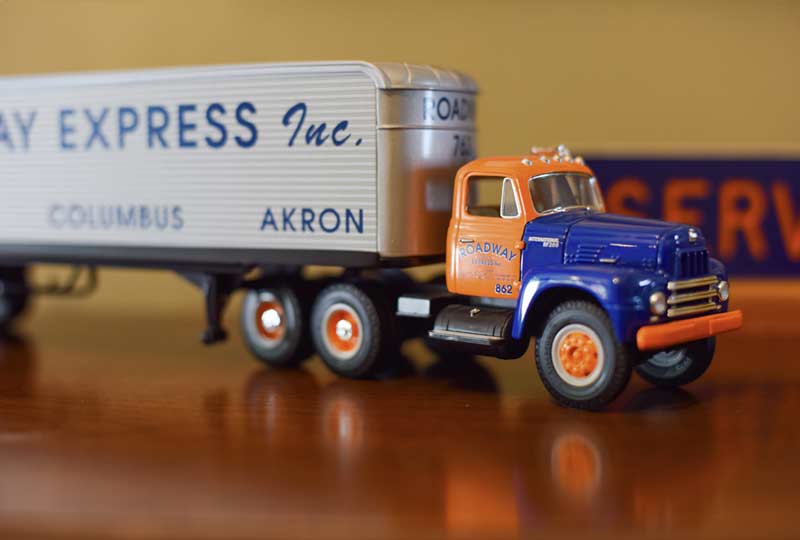 A grant of $300,000 was awarded to Stark State College in support of its efforts to develop a commercial driving license (CDL) training center at the former Rubber Bowl site.  The CDL training program is a direct response to a strong local and regional demand for more CDL holders. The grant will support the development of the classroom curriculum and the driver-training course.

“We are proud to support Stark State’s efforts to improve connections between people who need work and an industry that is experiencing a crisis-level labor shortage. Given that GAR Foundation was established by Galen Roush, the founder of Roadway, we felt a special connection to this effort which will strengthen the trucking industry,” said Christine Mayer, president of GAR Foundation.

The largest grant, $450,000 to the United Way of Summit County, will support that organization’s Bold Goals 1 and 2, focused on education. Other notable grants include an award of $50,000 to The Well Community Development Corporationfor the Akron Food Works shared kitchen and incubator program; $75,000 to the Conservancy for the Cuyahoga Valley National Park for its Diversity, Equity, & Inclusion initiative; and $25,000 to ArtSparks for the Dynamite Duos arts education programming at Akron Public Schools.

The organizations receiving support this quarter include:

*part or all of the grant is a challenge grant

** This article was writen by Dina Younis dyounis@garfdn.org and is featured on the GAR Foundation’s blog at: http://garfoundation.org/news-updates/news-release/2018/08/gar-foundation-awards-more-than-1-7-million-to-area-nonprofit-organizations **