With a coffee shop and an old church, the Well works to strengthen Akron’s Middlebury neighborhood 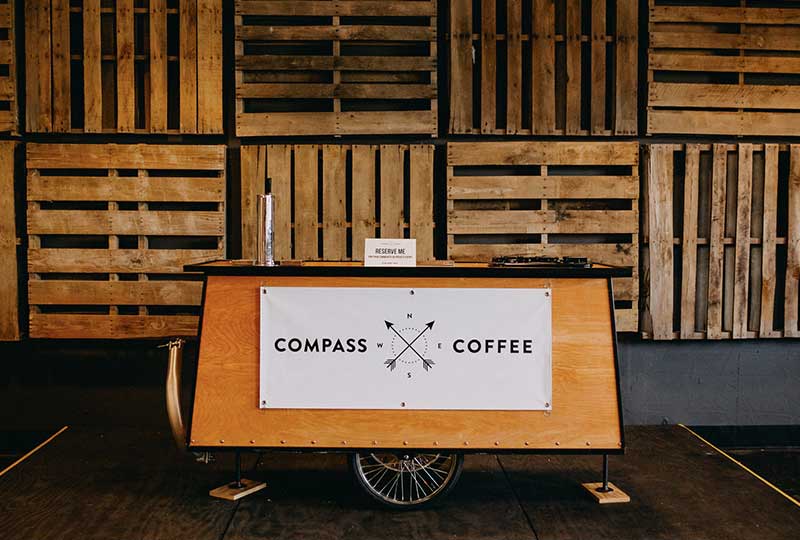 Operating in the old Akron Presbyterian Church, the Well Community Development Corporation wants to strengthen the Middlebury community by increasing home ownership, growing the economy and creating community spaces, such as Compass Coffee, which opened in February.

AKRON, Ohio – Once home to Akron’s First Presbyterian congregation, an old church in Middlebury is now home to a nonprofit working to strengthen the challenged neighborhood.

The Well Community Development Corp. rents meeting and office space in the building and recently opened Compass Coffee on the ground floor, with plans for a commercial kitchen and more.

Executive Director Zac Kohl returned to Middlebury, and the church he used to attend, to help the community, where a quarter of the homes are vacant and about 40 percent are rentals. They want to find ways to boost homeownership and give the community spaces to gather.

Here’s how it works:

What’s the goal of the Well?

The Well, which symbolizes a community water source where people connect, has three main objectives:

How did it start?

About five years ago, Kohl and his wife Beth returned to the old neighborhood. They bought a house that needed major repairs and, working with neighbors and friends, ended up rehabbing eight more houses.

To change things, they needed to be able to with other organizations, Kohl said. So, in 2016 they bought the empty church and launched their own nonprofit.

Compass Coffee, which opened in February, is the Well’s revenue-generating component. It’s also intended to be a place people can connect across racial, economic or social barriers.

“We see the coffee shop being the well within the well,” Kohl said.

The Well also has more office and meeting space for rent. Any profits return to the community, he said.

Well organizers are currently developing a business plan for a rentable, commercially licensed kitchen, which would allow entrepreneurs to develop products to sell in Compass Coffee and serve as a classroom for cooking workshops, he said.

Plans are also in the works to install a hoop house, a temporary greenhouse structure to grow produce for the neighborhood, and for use in the kitchen and cafe, Kohl said.

Among other activities, the Well will participate in the United Way’s Day of Action June 21, hosting the Middlebury Blitz. The event will include neighborhood clean-up activities and a cookout at the Well. Details will be posted on the Well website.

**This article was written by Jennifer Conn, Akron reporter, cleveland.com and featured at: https://www.cleveland.com/akron/index.ssf/2017/03/the_well_community_development.html**